At TTTech Auto, we support innovation and are a proud sponsor of TU Wien Racing. The team participates in competitions every year where they have to design, build and drive their own car. TTTech Auto has a close connection to TU Wien and has now been supporting the Formula Student racing team for several years.

It all started in 2007 when a handful of motivated students from TU Wien got together and founded the second youngest student racing team in Austria. Fifteen years and thirteen race cars later, TU Wien Racing has around 100 active members from a wide range of disciplines and universities who are fulfilling their dream of building high-tech race cars alongside their studies. From the motors to the inverter and battery to the carbon monocoque, everything is developed and, as far as possible, manufactured in-house. Not only the car, but also the entire organization, finances and marketing are managed by the student members, making the team comparable to a medium-sized company. 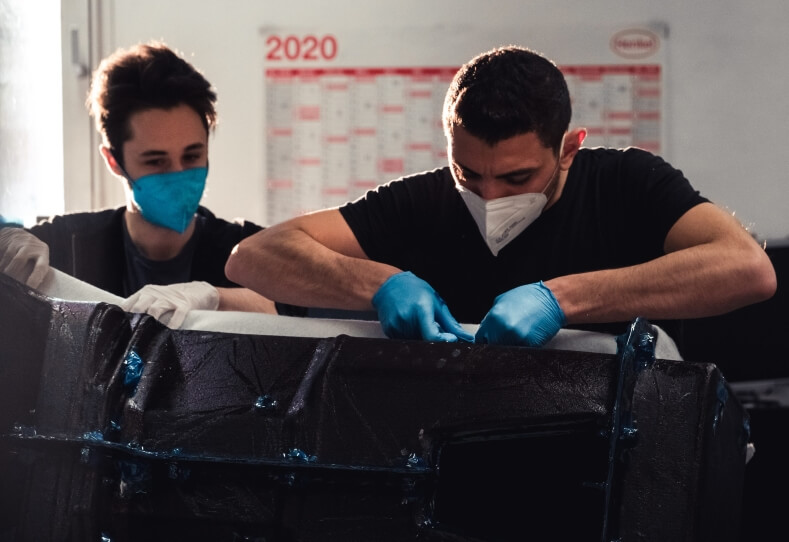 Why build a car if you can't drive it?

TU Wien Racing participates in Formula Student, a racing series with over 800 student racing teams worldwide. Originating in the USA, the core of Formula Student is now in Europe, where teams can compete in 3 classes - internal combustion, electric and driverless. The judging consists of five dynamic competitions like Acceleration or Endurance and three static competitions like the Engineering Design Presentation or the Cost Report. In this way, all aspects of a racing team are taken into consideration. Not only the fastest car wins, but also the best-prepared team.

Being a member of a Formula Student team is a great way to gain practical experience while studying. The team offers the opportunity to build on 15 years of know-how in all areas of automotive engineering and to work with state-of-the-art materials, tools and programs. Important aspects such as teamwork and reliability are strengthened in the process. Last but not least, Formula Student forms a link between students and companies. Through close contact with sponsors, such as TTTech Auto, members can learn early on how work is done in and with leading companies in all industries. The relationships formed can also be very helpful in later job searches.

The EDGE13 was TU Wien Racing's car for the 2022 season. In the summer of 2020, they began developing an entirely new car concept that featured all-wheel drive for the first time, ushering in a new generation of race cars that would be faster and more efficient than anything that had come before. With a new aerodynamic concept, compact engines, a lighter carbon monocoque, efficient battery technology, powerful software and a revised suspension, every single part of the car was redesigned. But it did not stop there, because for the first time in many years, the EDGE13 was to be fully autonomous. The EDGE13 was based on a stereo camera and LIDAR sensors, and completely new software was developed. Due to time constraints, some of the designs had not been fully tested before the start of the season. Despite all adversities, the EDGE13 met all expectations and gave the team one of its most successful competition summers.

To better prepare for podium finishes in the following competition, the team decided not to compete in the first competition of the season in the Netherlands. In Austria, the team was able to show for the first time what it had been working towards for a year at the home event at the Red Bull Ring in Spielberg. Thanks to the team's good preparation, they were able to pass the entire technical scrutineering for the dynamic disciplines without any major problems.

In the first discipline, Acceleration, the EDGE13 showed its potential and reached the 5th place. Unfortunately, it was not enough for an overall top ranking due to technical problems in the other disciplines. Meanwhile, the static crew collected valuable feedback for their presentations. Despite a setback, there was reason to celebrate at the awards ceremony. The team took the first place in both Mubea Carbo Tech's Best Use of Composite Award and EDAG's Efficiency Excellence Award, thanks to carbon fiber-reinforced composites and self-developed engines.

What also made this competition special for the team was that many alumni, friends, families and sponsors visited the Red Bull Ring to experience the spirit of a Formula Student competition live.

The largest and most prestigious Formula Student competition in Europe takes place every year at the Hockenheim Ring in Germany. Among the 66 participants in the electric class alone, many of the best Formula Student teams in the world were represented and battled for victory.

The first successes were not long in coming, as the team TU Wien Racing passed both the electrical and mechanical scrutineering of the vehicle on the first try, allowing sufficient testing time before the dynamic disciplines. This paid off, after all, the team was always able to drive at the front.

Immediately after the competition in Germany, the team set off for the last event of the year and as the saying goes, good things come to those who wait. Thanks to their previous experience, they were the first team in the electric class to complete all the technical scrutineering and immediately prepared for the static and dynamic disciplines. Just like last year, TU Wien Racing was able to show on the kart track in Novi Marof that they can compete at the top. In every single one of the eight disciplines they achieved a top 8 placement out of 31 participants. In Acceleration, they clocked the fastest time, marking a major milestone in the team's history. After countless second and third place finishes on the track, this achievement put them on the top step of the podium in a dynamic discipline for the first time. The engineering design presentation, the highest-scoring static discipline, also took first place. In the Skid Pad and Endurance disciplines, they just missed the podium with 4th place, and they placed 5th in the Business Plan Presentation.

With these performances, they even managed 3rd overall in the Electric Class - only the second overall podium finish in the history of TU Wien Racing! A great performance of the whole team and an amazing way to end the summer. 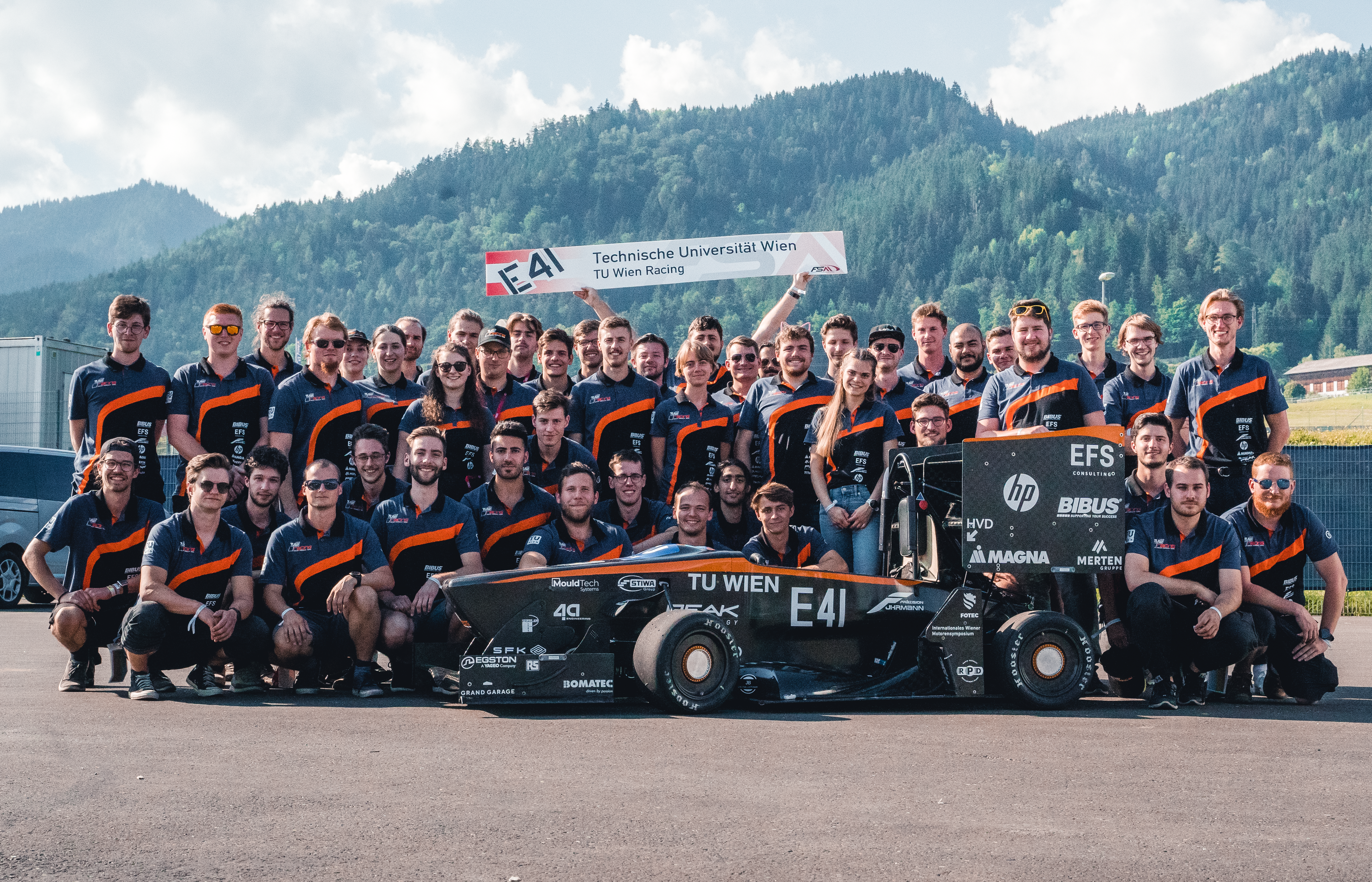 After this great finale, the team went on a well-deserved holiday. With new energy and the motivation gathered during the competitions, they are now heading into the new season. The many successes have awakened the ambition to improve on past shortcomings. They are determined to be at the forefront in the 2022/23 season and to build an even faster, more efficient and more reliable race car with the EDGE14. You can follow their journey on LinkedIn.

Content for this article was provided by the TU Wien Racing team.

Receive TTTech Auto news and updates directly in your inbox, subscribe now by completing this form.